The Components of a Successful Lacrosse Practice 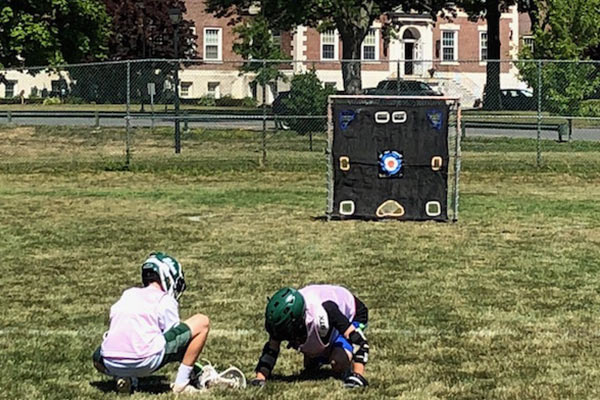 Proper preparation is necessary for experiencing success on the lacrosse field. Whether we’re talking about finding time to do individual work to take your game to the next level or taking team practice seriously, it’s all important and needed. The biggest responsibility of a coach – and the best way to build credibility with their players – is to run a tight, focused, and productive practice.

If players can stay focused and approach practice as if it’s a game situation, then they’re more likely to see positive results on game day. With that in mind, what concepts should coaches be putting the majority of their attention on with players lined up and ready to practice? After all, the best thing that can happen is to see the progress achieved at practice transfer over seamlessly into games.

These three aspects of lacrosse include direction, decision, and defense.

There will be plenty of occasions where lacrosse players have to either reset to find a new angle to attack or rework the space they’re currently occupying. But the main direction in which every lacrosse team should be working in is toward the goal. How often are you having your players moving in this direction as a unit during practice?

You can’t win a lacrosse game without scoring any goals or knowing how to be aggressive in the right instances. So, if you want your players to create (or hone) an ability to move toward the goal with a purpose, be sure to focus on it during practice.

Lacrosse is commonly known as the fastest game played on two feet. That means it can be difficult to make decisions because you don’t have a lot of time. That’s where a player’s instincts come into play. The only way to cultivate the correct reactions is to create game-like situations over and over again in practice so players can imprint them in their mind and can executive once the real thing comes around.

It goes beyond just the physical standpoint of making a decision. After going through the motions of a particular play, it’s OK to stop and ask a player why they made that decision instead of another one. This gives them the opportunity to form their own opinions on the field and feel empowered to do things on their own instead of constantly looking to a coach for the answer.

The “How?” aspect is important in sports, but players get to the next level when they can also explain the “Why?” aspect.

A good lacrosse practice doesn’t just go through game situations – they also recreate game situations as close to the real thing as possible. There’s only so much a player can get out of doing footwork around cones before shooting a ball into the net. They’re not under the same kind of pressure that they would be in a real game, which could change how they execute any given play.

When it’s appropriate to match up a defensive player with someone on offense and vice versa, make sure you do it.