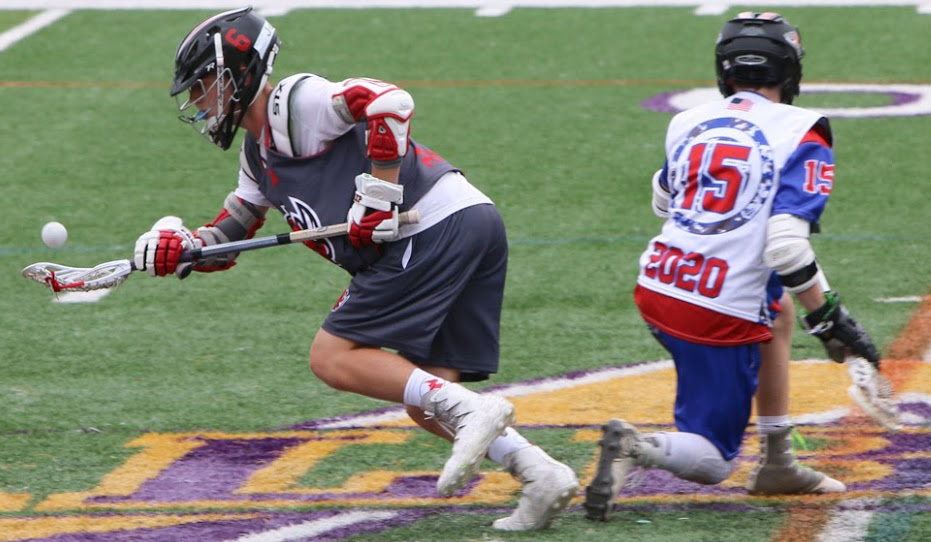 If you’re thinking about trying a new sport and haven’t already tried lacrosse out yet, then it should definitely be on your to-do list! There are mental, cardiovascular, and strength benefits that come from lacrosse, which is a blend of multiple sports and is actually one of the fastest growing ones among youth players in America.

There are tons of benefits that come from giving lax a try, but we decided to detail five different reasons why below.

Since lax players are constantly running up and down a field that’s 110 yards long and 60 yards wide, this seems like a no-brainer! A game usually lasts between 1-2 hours, which not only helps players burn hundreds of calories, but it also allows them to build up the strength in their heart and lungs, along with increasing stamina.

The more players practice and get themselves on a lax field, the easier it will be to withstand that kind of rigorous exercise.

Like many different sports, joining your local lacrosse team is a terrific way to not only teach social interaction, but also how to work well with others. One person can’t do it all, so it’s imperative for players to set and accomplish goals together since they’ll need the help of others to do so – whether those goals are related to an individual or a team.

This probably goes without saying, but working together and overcoming obstacles as one cohesive unit is a great way to form friendships that will last a lifetime.

Cardiovascular health is far from the only physical benefit from playing lacrosse. While it may look easy to catch a lacrosse ball in a cupped net looks easily – especially when you’re just having a catch with friends – it’s much harder to do in the middle of a game with defenders around you trying to steal the ball away.

Lacrosse allows players to train both their fine motor skills and hand-eye coordination, and that’s not even mentioning the jumping, running, and blocking you’ll have to do at any given point in time.

Being a part of a team and dedicating oneself to the craft is crucial when it comes to learning the power of productive habits. Working as a team and putting in the work necessary at practice on a regular basis is the only way to see success in games on the field, and in life off of it.

These habits also include getting adequate amounts of rest, eating healthy food, and most importantly, overcoming mistakes and failure, which we all could use some help with at times.

No major muscle will be left behind if you’re a lacrosse player. The act of swinging a lax stick and throwing the ball work both the upper and lower arms, while cradling – a technique need to maintain control of the ball while using the stick – needs strength in the arms, as well as range of motion. You’ll find yourself in a number of different positions throughout a game or practice, so a strong core is necessary, and your legs get an incredible workout with all the running you’ll do!