How Can Lacrosse Players Prevent the Most Common Injuries? 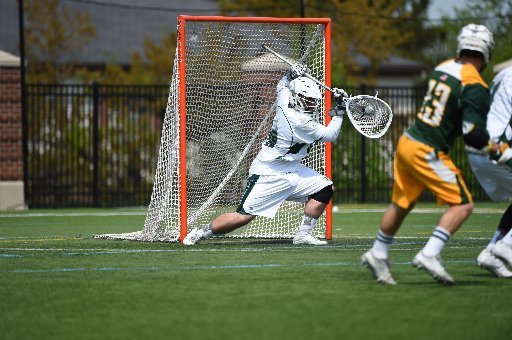 We all play different sports because they’re fun, which is why everyone hates being sidelined with an injury. There are tons of health benefits to playing lacrosse, but players also need to be sure they take care of their bodies so injuries can be avoided as much as possible.

Getting hurt is unavoidable at times depending on the situation, but being diligent about your self-care both on and off the field can help prevent some of the most common ailments of lax players. Some of those include knee injuries (such as ACL tears), non-contact ankle and knee ligament sprains, shin splints, and concussions (although they’re less common in lacrosse than some other sports), along with hamstring, quadriceps and groin strains.

There are always precautions that a player can take in order to lessen their chances of getting injured, or at least reduce the chances that something small turns into a more serious problem. The following three tactics seem pretty simple, but you’d be surprised how often they don’t happen.

How To Prevent Common Lacrosse Injuries

Get the Right Size Equipment

Since lax is such a physical game that involves a lot of constant movement throughout the course of any game, it’s of vital importance that the correct protective gear is worn. Some players may not want to wear certain parts of their equipment because it’s not super comfortable, but believe us – it’s better to feel a little uncomfortable and get used to it while playing instead of having to sit on the sidelines with an injury.

There’s nothing wrong at all with working hard to improve in a sport that you love, but we sometimes get so focused on working hard that we forget it’s also important – actually, necessary – to take a breather consistently. At least one or two days off per week is needed for players of all ages, along with at least another month off each year.

For someone with lofty goals, that may seem like an eternity, but obeying those general rules will help prevent overuse injuries. Your body needs a chance to recover so that when you’re back on the field, you’ll be able to perform at the levels you know you’re capable of.

This doesn’t mean you shouldn’t keep a base level of fitness throughout the offseason, though. It’s quite the opposite, actually. Staying in shape and participating in some kind of fitness program is important so that the start of each new season is smooth and without any major hiccups.

Don’t Try to Be a Hero

Even if we do these things and follow directions, injuries are still going to happen. If something doesn’t feel right, don’t think it’s better if you just shove it down and try to forget about it. Playing at your best means listening to your body – if something is wrong, then you must speak up so you can properly heal and get back to normal as soon as possible.

If you try and hide a minor injury and do take the necessary steps toward healing, then there’s a real possibility that ailment can turn into a major problem, and nobody wants that.