How To Set Realistic Expectations for Playing College Lacrosse 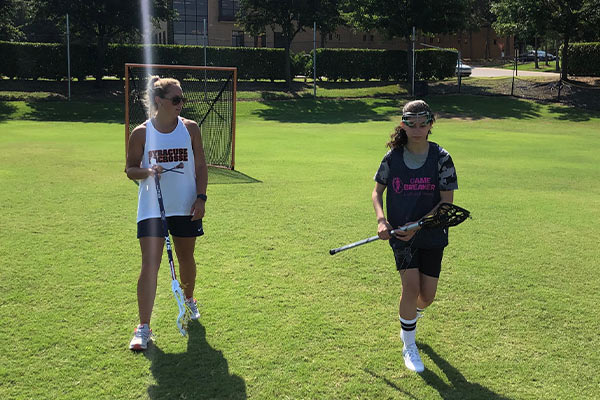 If you’re currently a high school lacrosse player, there’s a decent chance you’ve at least thought about playing at the next level during your college years. If those thoughts have advanced to the point where you’re seriously looking into the possibility of trying to get recruited, then congratulations! Purely making the decision is a huge part of the process and getting started in general.

For lax players that live in the New England area, there’s also a good chance you’ve attempted to improve your game at one of our Connecticut Lacrosse Camps. The decision to pursue this goal is there, you’re putting in the work to get better on a daily and yearly basis, and you’ve enlisted the help of coaches and other adults who’ve had experience helping high-school athletes eventually play college lacrosse. So, what else is there to know?

When playing varsity sports in high school, it’s easy to forget exactly how large the talent pool is and how many others are also trying to get the attention of college lacrosse coaches. This is the case for both men’s and women’s lacrosse, too. According to recent data from the NCAA, there were just a little over 113,000 participants across the country in boys lacrosse, with just a smidge over 14,000 going on to play at the varsity level in college. The percentage of high-school athletes who go on and play in college is nearly identical when looking at girls lacrosse – nearly 97,000 girls played in high school this past year, with just over 12,000 continuing in the same capacity in college.

In both instances, less than 10 percent of these varsity players ended up on a Division I or II team, and the highest percentage of varsity college lacrosse athletes came at the Division III level (7.2% for men’s lacrosse, 6.0% for women’s lacrosse).

Are we sharing these statistics to discourage you from trying to play varsity lacrosse in college? Absolutely not! High school sports can be so hyper-focused on the region in which you play in – whether that’s your section, conference, county, or state – that it’s easy to forget how many other players that are out there who might have similar athletic goals to you.

With this in mind, it’s important for you to not only be mindful of this when going through the athletic recruitment process, but to also make sure you’re finding ways to stand out to coaches. This can be done on the field with your skills (which we can help you with), or off the field with the way you present yourself and how seriously you take academics.

Have realistic expectations when entering the process, but don’t let that determine how hard you work toward attempting to achieve this goal!