Here Are the Best 2021 Lacrosse Day Camps In New England 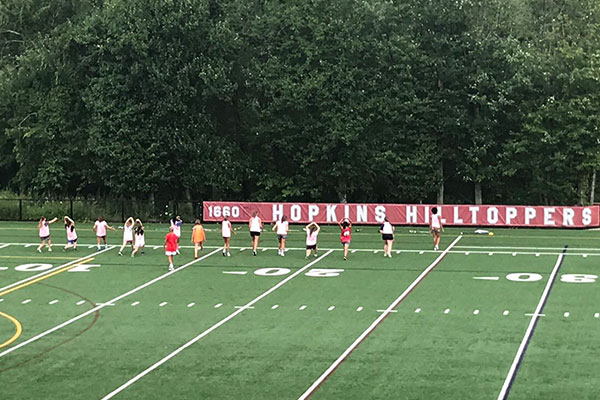 The best way to take your lacrosse game to the next level is to join us for a GameBreaker Lax Camp this summer. We’ve been doing this for a long time, so you could say we’ve got the whole process down – since opening our doors in 2001, more than 65,000 campers have watched their skills improve in a fun and positive environment.

And honestly, after the type of year we’ve all experienced because of COVID-19, you just know everyone is itching to get out of the house. This is the perfect excuse to do something fun and get better while doing so in a safe environment.

What happens on the field isn’t the only focus during camp, either. We bring in some of the game’s top coaches from around the country to not only provide top-tier lacrosse training but also stress the importance of being a good sport and leader. Each of our coaches is able to do this because they’re all Double-Goal Certified by the Positive Coaching Alliance, which reinforces the fact that we’re just as concerned with developing a player’s character as we are their on-field lax skills.

Some of the skills you’ll learn and hone at lax camp this summer include the following: defense (team and individual), ground balls, dodging, shooting, fast breaks, triangle offense, stick skills, clears, man up and man down, and face-off and wing play.

If you’re a lacrosse player and live in the New England portion of the United States, then this post is for you. We’ve got a number of lax camps happening this summer in Connecticut and Massachusetts for both boys and girls. Here are some quick details you need to know before researching more and deciding to sign up for an experience of a lifetime.

If you’re on the hunt for Connecticut Boys and Girls lacrosse camps, then you’re in luck, because we’ve got plenty to choose from for this summer. In fact, if we want to get exact, there are 11 to choose from right here. Before you start searching to see exactly what’s available, we wanted to provide you with a quick rundown of the locations, types of camps, and general dates that are available at this point in time.

While the camps themselves take place at various areas (local fields, universities, etc.), here are the Connecticut towns that’ll be hosting a GameBreaker Lax Camp this summer: Avon, Danbury, Fairfield, Greenwich, Milford, New Haven, Ridgefield, Trumbull, and Westport. There’s a mixture with regard to the types of camps that are available, but the most common ones being offered are day camps and half-day camps.

It’s hard to compete with that many offerings, but there are enough in Massachusetts to choose from for those who live further north in New England who want to improve their lax skills in July and August.

There are five different options/locations for girls lax camps and another four for boys lax camps. The locations available are as follows: Buzzards Bay, Newton, Osterville, Springfield, and West Roxbury. While extended day and overnight camp options are limited to keep everyone safe, there are a number of day and half-day camp options available, along with some clinics and the GameBreaker Lacrosse Academy in West Roxbury.