Here Are 3 Ways to Improve Your Lacrosse Attack Skills﻿ 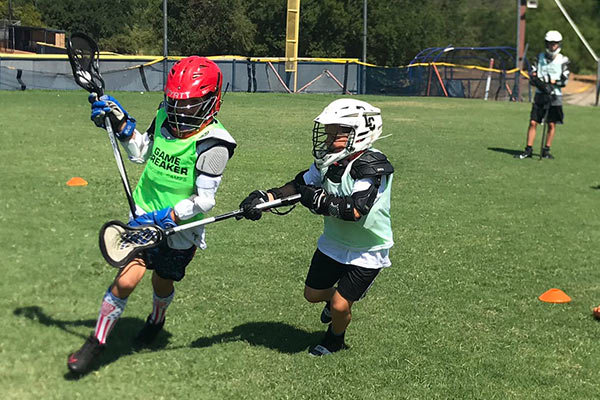 There are a number of keys to being successful in lacrosse. However, one of the most crucial points of all concerns shooting and goal scoring from those on attack because it’s awfully hard to win lax games when you can’t score more goals than your opponent!

Our GameBreaker Lacrosse Camps are structured in such a way that we have specific periods of time during camp that focus on improving your shooting and attack skills, but we also mix it into so many other areas of the game. Here are some of the skills our coaches will focus on at all locations across the country, like at our Connecticut Lacrosse Camps: shooting drills, ground balls, defense (team and individual), fast breaks, dodging, stick skills, triangle offense, clears, face-off and wing play, and man up, man down.

If you’re a field player and you can’t wait until one of our Lacrosse Camps this summer to start improving your shooting ability and attack skills, then you’re in luck! Here are a handful of tips to help get you moving in the right direction when it comes to being the best lacrosse player you can possibly be on the attack.

Elite speed is a crucial aspect to being a successful lacrosse attackmen, and that’s displayed time and time again when it comes to scooping up ground balls. If there is a loose ball in the offensive zone, it’s expected that those playing on the attack get into the appropriate position to make a play.

This can be difficult because they’re competing with long-stick defenders that could technically have an easier time picking up ground balls, which is why that whole speed thing is very important.

Attackmen are there because they’re supposed to be on attack, but there are also times when they need to find a way to protect themselves and be on defense at the same time. That’s where stick protection comes into play, which is one of the most important skills for a lax attackman to learn.

If you’re looking for some general guidelines on how to properly protect your stick, consider the following: keep the elbow on your stick-carrying arm locked, cradle with mostly your right while also doing so vertically, keep the tip of your stick as high in the air as possible, and keep your head up.

The thought of not only having to try and sneak a lacrosse ball past a goalie isn’t enough. To also have to weave your way through a bunch of opposing defenders makes an attackman’s life very hard on the lax field. A key tool used by players in this position to bypass said defenders is to dodge them. Dodgers come in all different shapes and sizes, which includes the face and roll and split.

Regardless of the type of dodge you prefer, it’s important to always stay moving, perform all dodges at full speed, play both left and right while changing speed and direction, learn more than just one dodge, and be aware of your defender’s weaknesses.