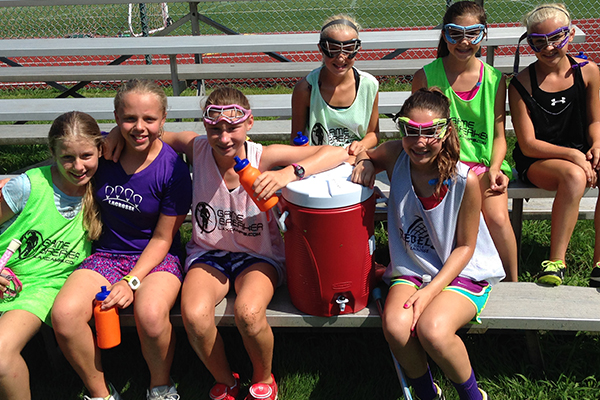 If you’re new to the sport of lacrosse, there are a ton of things you have to learn. While the basics are some of the first things that come to mind – like learning how to catch, pass, and shoot a ball with a lacrosse stick – there are also all the rules and more subtle aspects of the game that need to be understood.

At the end of the day, nothing is more important than being safe while on the field, so here are five rules (courtesy of US Lacrosse) to keep in mind for girls diving into the sport of lacrosse as a beginner.

When a lax player with the ball is guarded closely within the restraining area, girl’s lacrosse encourages ball movement. As you might imagine, the three-second rule gives offensive players three seconds to do one of two things: pass the ball or change her cradle, which is the manner in which she’s holding the ball.

If the offensive player isn’t able to adhere to this rule, the referee will award the defensive team with a free position.

Similar to ice hockey, the goalie circle is off limits for offensive players. If the shooter or someone else on offense steps into or on the goal circle and interferes with the goalie, that particular goal won’t be counted.

For players on defense, though, they’re allowed to reach inside the goalie circle with their stick in order to block or redirect a shot. For those lax players who haven’t reached ninth grade just yet, offensive players aren’t allowed to follow through on a shot that takes their stick into the circle.

If you’re a beginner lacrosse player, chances are you have no idea what this phrase even means. That’s OK! That’s also why we’re here. In this particular situation, players from opposing teams are required to move the ball with their lacrosse sticks by using an up-and-away motion. It is not allowed to go in an outward or downward motion. If that happens, the team whose player didn’t violate the rules will be awarded with a free position.

For any beginner lacrosse players who also play basketball, this rule is going to sound awfully familiar! If an offensive player has the ball in their position, they’re not permitted to push into a defensive player that has already established their position. This is considered a major foul and typically occurs when a player is heading toward the goal, which will take place within the 12-meter fan.

This is another rule that feels similar or those who play basketball. Like in basketball, the player setting a screen won’t have the ball. Players are allowed to set a pick or screen on the field, but they must set themselves within the line of their opponent’s vision, so they have an opportunity to change their direction.