4 Reasons Why You Should Attend Lacrosse Camp This Summer 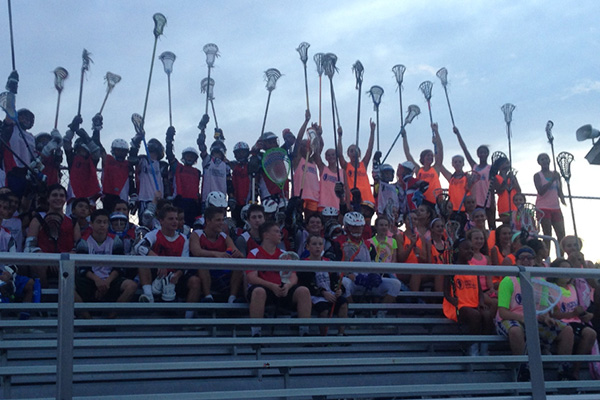 Depending on what your goal is, there are plenty of different reasons why attending a lacrosse camp this summer would be beneficial. What makes it even better is there are tons of camps to choose from, no matter where you call home.

So, what makes GameBreaker Lacrosse Camps a cut above the rest? We could talk about it for a while, but decided to narrow it down to the five best reasons why you should be joining us to take your lax game to the next level.

When it comes to lacrosse instruction and education, GameBreaker is clearly recognized as the national leader in the industry. Getting this distinction is no accident, either. Since starting up GameBreaker in 2001, we’ve had more than 65,000 campers join us.

We’re the nation’s most popular lacrosse camp because we consistently bring on the best and brightest in the game, including winning college coaches and proven high school coaches, along with current and former professional players.

Get Individualized Training for these 10 Skills

GameBreaker is the best place to take a giant step forward in your development as a lacrosse player. We pride ourselves on the specifics – when you come to one of our camps, you’re not just going to get a bunch of group drills. We cover every aspect of the game with 10 specific skill clinics.

That’s what we call the GameBreaker Difference. The skills we focus on during camps include: defense (team and individual), ground balls, dodging, shooting, fast breaks, triangle offense, stick skills, clears, man up and man down, face-off and wing play.

The Powell Brothers are Leading the Way

When it comes to having the most influential names in the game, we’ve definitely got them in Ryan and Casey Powell. Their playing careers included tons of accolades, including college All-American selections, championships, appearances for Team USA and Major League Lacrosse MVP awards.

They know how integral lacrosse has been in their life, resulting in rare opportunities and meeting people they would’ve never come into contact with otherwise.

If you wanted anyone in the world to teach you anything, wouldn’t you pick the best of the best? We’re fortunate to have both the Powell brothers be involved and passionate about making a difference through GameBreaker.

There’s a Focus on Being a Well-Rounded Athlete

Our goal is to have every camper feel as though they’ve improved their on-field performance upon checking out. However, that’s not our only goal – we want to help lax players develop on the field and off the field, both physically and emotionally.

Along with being the industry leader, GameBreaker has the honor of yet another distinction. We run the only lacrosse camps in the country that builds a staff Double-Goal Certified by the Positive Coaching Alliance.

We don’t take the responsibility of being positive role models lightly. Our coaches are not only committed to building your lacrosse kills, but also building your character off it.

If you’re interested in learning more about our Gamebreaker Lacrosse Camps this summer, click here to find a camp near you and be on your way to becoming a better lacrosse player!