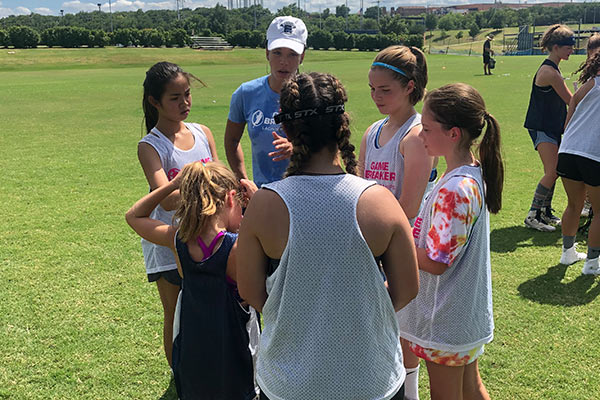 GameBreaker Lacrosse Camps are recognized as the national leader for lacrosse instruction and education. There are a number of reasons for that, too! We’ve been doing this for a long time – we’ve been around since 2001 and have had the pleasure of working with more than 65,000 camper who want to improve their lax skills.

To provide the best instruction to youth lax players, we know how important it is to bring in only the best coaches the sport has to offer. Our camp directors and coaches are among the most elite within the industry and have a long background of success in lacrosse. They’re passionate about passing along tips and tricks to help the next generation of lacrosse players, and some of their accomplishments include playing professionally and winning as a coach on both the high school and college level.

Furthermore, GameBreaker Lacrosse Camp coaches are the only ones in the country who are Double-Goal Certified by the Positive Coaching Alliance. So, while they’re committed to helping campers improve their lax skills on the field, they’re also interested and dedicated to helping them become better people off it.

Being a coach for any youth sport is a huge responsibility. It’s important because of the obvious – you’re one of the biggest influencers (if not the biggest) on their early development within lacrosse. You’re also acting as a role model for how you should be carrying yourself both on and off the field. That’s a lot to think about while trying to make sure players are in the right position and using correct technique! If you’re a first-time coach and you’re feeling a little overwhelmed with it all, know that you’re most certainly not alone.

Here are three tips rookie lax coaches can keep in mind during their first season in charge.

Share Your Goals with Parents and Players at the Start

It’s much easier to get through to the kids on your team when the parents all know what your goals are and are on board with what you’re trying to do. So, it’s a good idea to hold a parent meeting during the preseason to set expectations. If that time has already come and gone, just find a time where they’re all together to speak with them briefly about what you’re trying to accomplish (like at the end of a practice or game). Whether the goals are big or small, the parents will appreciate you taking the time to keep them in the loop – it’ll help them feel like they’re a part of the team, because they are!

Pick 1-2 Areas to Focus on Each Session

With such limited practice time, it’s easy to have a desire to practice as many skills as possible. But remember, quality almost always trumps quantity, especially when learning a new athletic skill. It’s ideal to pick one area of the game to work on (but no more than two) and focus on that repeatedly. The idea of repetition is important because it’ll help start committing these skills to muscle memory.

End Sessions on a Positive Note

Making a good first impression is always important, but players will remember the last thing they did at practice, so make sure that thought they have is a positive one! Whether it’s a fun little game or taking a couple minutes and going over all the good things they practice during your time together.