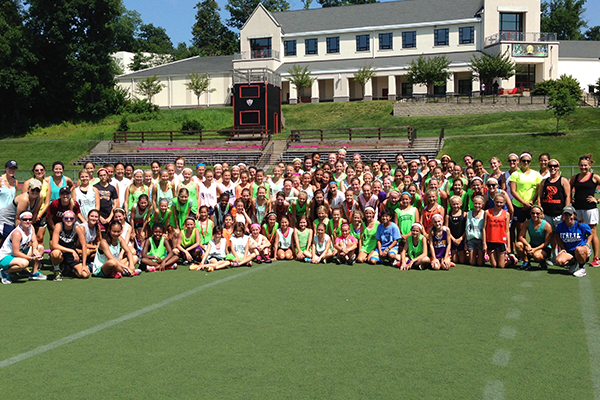 Lacrosse is an amazing game, but sometimes we can get caught up in everything that comes with it, like the competition. And we’re not just talking about the competition that takes place on the field – we’re talking about the comparing and contrasting that may go on between parents, coaches, and more. It’s important to know what’s really important for your child, especially at the early stages of their athletic career.

If there’s too much pushing that goes on, it could force a child to just drop the sport completely, which is pretty common as they approach their teenage years. That’s definitely not what a parent’s goal is when they first sign their child up to give the sport a try – they hope they have a positive experience that they can not only enjoy for a number of years, but also reap the benefits from later on in life.

With all this in mind, what are some common myths about lacrosse that you should be aware of? Here are three that we hear a lot.

This practice of constantly comparing one’s kid to someone else’s will probably never stop. There’s this sense of pride and accomplishment for some parents who have the “best player on the team” even though that’s not what the goal should be. If they keep building up their child in this way, it’s increasingly likely that the dreaded sports burnout will happen at some point.

Kids are still developing as athletes and, for that matter, humans, as they continue creeping closer to their teenage years. Give them the space and time needed to gain the experience they need. Just because lacrosse doesn’t come as naturally to them as some other kids doesn’t mean they won’t end up being successful at some point. The same goes for those immediate All-Stars – just because they’re good now doesn’t mean they’re just going to automatically become an elite player when they’re older.

Having “Fun” Is a Bad Thing

A lot of times, we think of having “fun” as not being focused or not being as productive as one could be during any particular activity. But again, lacrosse is a game, and it’s supposed to be fun. If kids aren’t having fun on the lacrosse field, they’re much less likely to actually keep playing the game as they get older.

Having fun and getting better don’t have to be mutually exclusive. In fact, a great youth lacrosse coach finds a way to bring these two points of view together. That’s what is going to make a child want to keep looking forward to practices and games, along with wanting to sign up for lacrosse year after year.

You Need to Put in the Hours to Become Elite

Malcolm Gladwell’s book, Outliers, brought to light that 10,000-hour rule, meaning that in order to master any activity, one must deliberately practice said activity for 10,000 hours. A Princeton study from a few years ago tore that down for certain activities, with lacrosse being one of them.

While it does help, the actual difference isn’t as drastic as one might imagine. So you shouldn’t be practicing lacrosse and counting up your hours, waiting to become an elite player. Focus on getting better each time you step foot on the field, and you’ll eventually reach the level of play you hope to be at one day.