3 Bad Habits That Every Lacrosse Player Should Avoid ﻿ 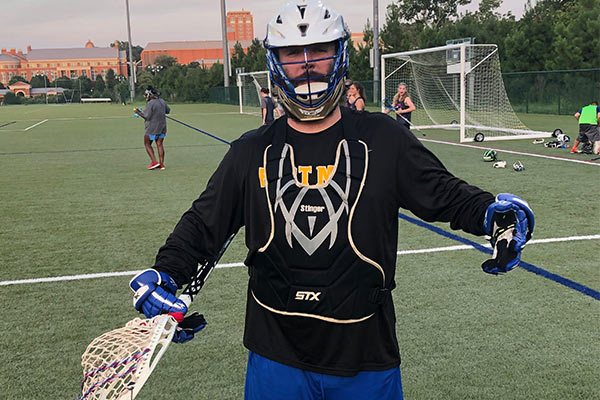 The old adage is that practice makes perfect, but it’s also true when we spin it the other way around. Lacrosse season can be a grind, so it’s not unusual for some bad habits to form along the way. The biggest key that we try to hit on at our Connecticut Lacrosse Camps each summer is to nip those bad habits in the bud as quickly as possible so they can become a distant memory.

This is likely part of the reason why GameBreaker Lacrosse Camps are viewed as the national leader for lax instruction and education. More than 65,000 lax campers have come and joined us at one of our locations across the country, giving them exposure to some of the best, brightest, and most passionate camp directors and coaches in the sport. Part of their job is to help improve different areas of your game, but it’s also their job to do it in such a way that excites you to take the field at every opportunity.

Why is that? Well, an excited lacrosse player is less likely to be a lazy and unmotivated one, which will help them avoid the follow bad habits that we’ll touch on. Remember, nobody is perfect – there will be a time in your lax career where you’ll make some mistakes or fall into a bad habit or two. That’s OK because you’re human and that’s what we do! Even the best lax players in the world fall into bad habits sometimes. What separates the good lax players from the great ones, though, is that the great ones recognize what’s happening early on and correct it the minute they notice it.

Here are three bad habits all lacrosse players must avoid as much as possible.

As long as other humans are going to act as the referees for your lacrosse games, there will be calls to gripe about. After all, we just got done talking about how humans aren’t perfect and make mistakes. Referees fall into this category, too.

There’s nothing wrong with being dissatisfied with a call or multiple calls throughout a game. You’re playing for one team and have a subjective opinion over which calls are “good” and which are “bad”. Still, it’s virtually always a waste of time to outwardly complain about a call that was made involving you or your time.

That’s mostly because you’re spending time focusing on what already happened and not focusing forward on what will happen. You can’t change the past – you can only change the future.

Walking on the Field

If there’s a pet peeve that all lax coaches likely share, it’s probably watching players walk while on the field during practice. You only have a limited amount of time on the field with your teammates, and your coach wants to make sure it’s as productive as possible.

The whole point of practicing is to get better, so don’t waste everyone’s time by not hustling. It’s something that everyone can do, regardless of athletic ability.

Trying to Do it All Yourself

All athletes have been here at some point – they’re trying to be the star of the game for one reason or another. Every lacrosse team has a handful of players who they typically go to in a time of need, but let’s not forget that we just mentioned it’s a lacrosse team. Everyone is needed to work together in order to reach the common goal.

There may be some opportunities for you to shine here or shine there, but let it happen naturally. When you go out looking for ways to distinguish yourself, that’s when things start going downhill.