4 Lacrosse Tips to Shut Down Opponents on Defense 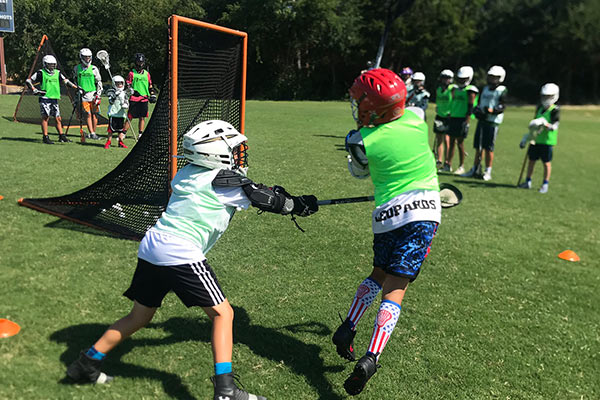 Having a good defensive group on a lacrosse team is just as effective as having a good offense. In some cases, being good on defense is more important because it doesn’t matter how many goals your squad scores in a given game – if you can’t stop your opponent from also finding the back of the net, it’ll be awfully hard to walk away with a victory. There’s also a certain kind of confidence and opposing attacker displays when it’s known by everyone that they can blow by a defender and score at their own will.

Learning how to shut down opponents on offense and protecting your goal will not only put your squad in a better position to win games consistently, but it’ll also take some pressure of your goalie, which is a tough job to have. This is why our coaches and camp directors specifically focus on team and individual defense throughout our Massachusetts Lacrosse Camps, along with all of our other locations across the country each summer.

Before you can come to one of our camps and take your defense to the next level this upcoming summer, what can you do in order to get ready for the spring season? Here are four tips to keep in mind.

Work on Having Quick Feet

Having a quick first step and being fast on the lacrosse field are a couple of characteristics that all lacrosse defensemen need to be successful. It’s also crucial to have the reaction time necessary to stay with an opposing offensive player since you don’t know exactly what kind of move they’ll be making with or without the ball.

It’s imperative to have both your brain and your feet moving at the same speed to keep up with others and prevent goals from being scored. Positioning your body in the correct manner sets you up for success and having everything working in concert with one another is key.

Always Be Improving Your Stick Skills

It’s known that attackers need to have elite stick skills to play lacrosse at a highly competitive level, but that doesn’t mean defensemen also don’t need to have above-average stick skills. If you’re facing an opponent who is very good at handling their lacrosse stick, having your own level of ability can help you not only understand what they’re doing as they head down the field, but it may even help you anticipate their next move.

Keep That Stick on the Attacker

So you have above-average stick skills as a defender, but how exactly should you be using it? Really good defenders make it a habit of keeping their sticks on opposing attackers. This is done because there is less room to make a play or make a move themselves. Most importantly, it’s just annoying, which is probably the highest compliment any defender can get from an opponent.

Crossing your feet while trying to track an opposing attacker can leave you in a vulnerable position on the lacrosse field, and that’s the last thing you want to do. In order to move all over the field, it’s better to use those quick feet and shuffle back and forth, up and down to stay with your opponent. This will allow your body to remain better position to handle whatever comes your way.