Kelly Downs was promoted to head coach of the Worcester State women’s lacrosse program in 2017 after serving as the Associate Head Coach in 2016. Prior to her promotion, she served as an assistant coach for three seasons and coached a total of fourteen all-conference players during her time at Worcester State. Coach Downs doubles as the head coach of the women’s lacrosse team and as the assistant field hockey coach.

While Coach Downs was on the sidelines, the Lancers have posted a trifecta of 13-win campaigns to tie the school record for wins in a season (2013, 2014, 2015). In 2014, the Blue and Gold earned a berth in the MASCAC Tournament title game and vied for the ECAC Division III New England Tournament trophy in the championship match. In Downs’ inaugural season, the team broke the school record for wins and saw appearances in both the MASCAC and ECAC semifinals.

Outside of Worcester State, Downs coaches the Bay State Bullets Club Lacrosse Program, which she has been a part of for the past three years. Prior to coming to Worcester State, Coach Downs served as the head coach of the varsity girl’s lacrosse team at Oliver Ames High for three seasons and served as an assistant coach for her alma mater, Bridgewater State. In both years, she helped the Bears earn a pair of LEC Tournament bids, two ECAC Division III Tournament berths and the squad won the MASCAC regular season title twice.

As an undergraduate at Bridgewater State, Coach Downs was two-year member of the women's lacrosse team and aided Bears in their run to the 2008 NEWLA Championship and ECAC Division III Championship game with 11 goals and two helpers in 20 games.

Downs was a three-time All-Little East standout defensive back for the field hockey team at Bridgewater State, as she was garnered with second team NFHCA All-New England honors in 2009. In 71 starts she totaled 16 defensive saves to go with seven goals and four assists for 14 career points. In each of her last three seasons she was among the LEC leaders in defensive stops. She also helped the Bears to the ECAC Division III New England Championship in 2007.

She was a recipient of the BSU Student-Athlete Leadership Award at the spring athletics awards banquet during her final semester.

Downs has served in the role of coordinator of student-athlete support services since 2014, where she helps with academic advising, student-athlete retention, and assisting with the Student Athlete Advisory Committee (SAAC) and the Athlete Mentor Program (AMP). Coach Downs had previously served in a similar role at Worcester State as part of a position that had been funded through the NCAA Division III Ethnic and Minority Internship grant.

Coach Downs, who earned her Bachelor’s degree in business management from Bridgewater State in 2010, also holds her Master’s degree in athletic administration from Endicott College in 2012. 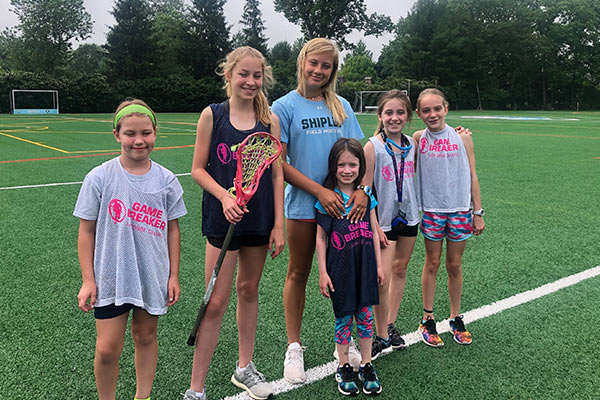