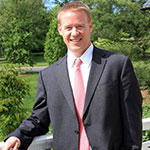 Scott Conklin has been a part of the Episcopal community since 2006 and has been serving as the head varsity boys' lacrosse coach since 2007.

Prior to coaching at EHS, he was an assistant coach at St. Paul’s School in Baltimore, MD. As the offensive coordinator and associate head coach, he helped lead the Crusaders to the 2004 MIAA “A”Conference Championship and #1 National ranking on laxpower.com.

In high school, Conklin was a three-time all-league lacrosse player, served as team captain and was a member of the New York State Championship team, which was ranked number one in the U.S. in 1990 and 1991.

As a college player, Conklin was a two-time All-American and two-time First Team Ivy League attackman at Princeton. He was a captain for the 1995 Princeton team and was a member of the 1992 and 1994 National Championship teams and the 1994 NCAA All-Tournament team. In 1995, Conklin was awarded the Higginbotham Award, given by Princeton University for outstanding play, distinguished sportsmanship, and gentlemanly influence, and to the player who best exemplified the qualities of John Edwards Higginbotham. He also played professionally with the Bridgeport Barrage and the Boston Cannons of the MLL.

Conklin has coached several high school all-americans and players that have been highly successful at the college and pro levels, including two Academic All-Americans (Hunter DeButts ’10 and Nick Weeden ’11) and several all-state and all-IAC players. He also coached the 2008 D.C. Area Adidas All-Star team. Conklin is a member of U.S. Lacrosse and was named D.C. Under Armour All-American Team-Head Coach in 2011.

I sent my son to camp this past summer and he could not get enough lacrosse. All he talks about now is how much he loves to go outside and throw the ball around with his friends. Thank you for doing such a great job.

This camp provides a good balance of lacrosse skill development and fun. My son really enjoyed his week at GameBreaker and I can see the improvement in his skills. We look forward to sending our younger son next year.

We signed my son up for camp this summer and he loved his experience. He is looking forward to attending camp next year as well. 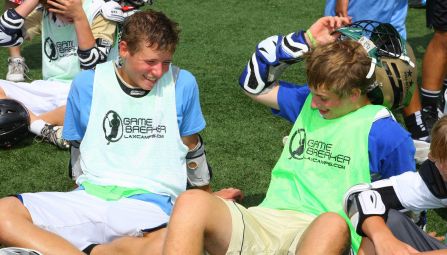 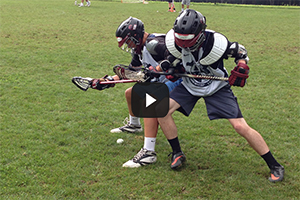